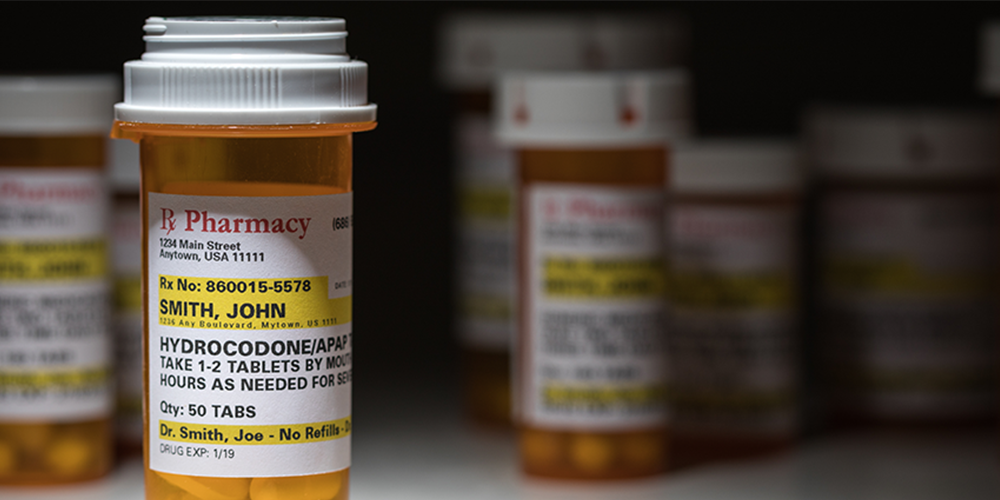 Recent data from the National Institute on Drug Abuse indicates 21-29% of patients who receive opioid prescriptions for chronic pain ultimately end up misusing them. Despite advances in prescription monitoring and treatment for Opioid Use Disorder (OUD), current systems are designed to treat patients after they've already reached a dangerous level of opioid dependency. To truly make an impact on the opioid crisis, it's imperative that tools are available for early intervention with patients most at risk of becoming dependent.

Most of today’s healthcare focus is on identifying and treating patients with a high risk of opioid overdose and death. However, most patients with OUD are not on the verge of death from overdose. Rather, their lives are destroyed by opioid dependency. They are losing their jobs, their families, and are at an increased risk of having accidents that could injure themselves or others. These patients fall into a category that could be classified as “the silent majority”—those who are unknown to their provider as being dependent or are at risk of soon becoming dependent. The “known” OUD patients are only the tip of the iceberg, as illustrated below. 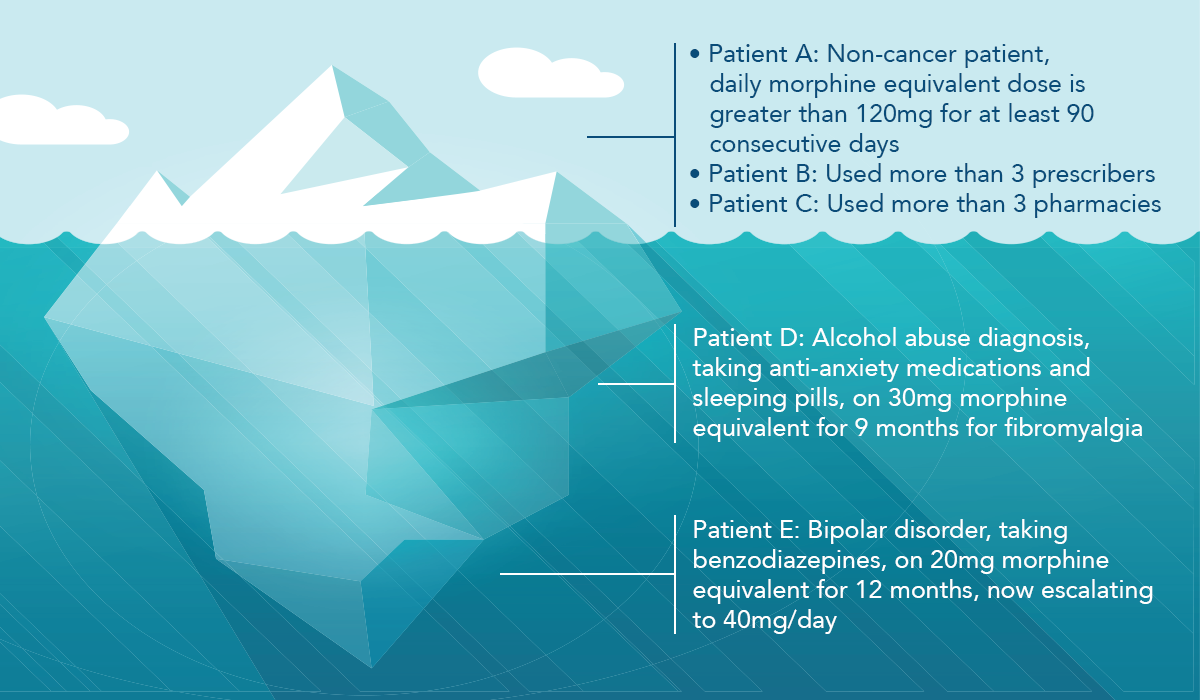 MedAware’s data shows there may be three times as many undiagnosed patients who are opioid-dependent than those with a diagnosis of opioid dependence or OUD recorded in the electronic health record (EHR). That means a primary care provider essentially has a 75% blind spot with their patients that have been prescribed opioids.

Treatment of OUD typically involves enrolling patients that are known to be dependent or have a history of abuse and misuse into a treatment program. This approach is reactive and addresses patients above the surface in the iceberg analogy. At this stage, intervention is often too late as dependency has already reached a dangerous state. Conventional systems and programs are thoughtfully designed to enable identification of and intervention with OUD patients, yet they’re functionally incapable of catching the millions of patients who are below the surface, or the mass of the iceberg, and at risk for opioid dependency.

Clinical Decision Support (CDS) tools and Prescription Drug Monitoring Programs (PDMP) create rule-based alerts and guidance to help curb OUD, with an emphasis on "heavy" opioid users. They provide protocols and access to drug utilization information that is otherwise unavailable at the point of prescribing or dispensing. What’s missing in PDMPs is the ability to evaluate the patient’s full medical history and assess the patient’s risk of dependency. While any of the following scenarios may identify risk or dependency, each is only looking at a fraction of the patient data that’s available:

Thankfully, many patients have early warning signs that are hidden in a patient’s chart, just waiting to be revealed. For example, a patient with a history of alcohol abuse who also takes anxiety medications and sleeping pills would be at a heightened risk, even if prescribed a low dose of a morphine equivalent. Or, a patient with bipolar disorder, taking benzodiazepines and 20mg morphine equivalent for 12 months before escalating to 40mg could be a red flag. These are cases that a conventional decision support system likely wouldn’t catch. Implementing a solution that can fully examine patient-specific longitudinal data at the time of prescribing as well as throughout the continuum of care enables early detection and intervention before irreversible harm is done.

Implementing an opioid surveillance program, like the one available from MedAware, directly identifies and enables intervention with the silent majority of the suspected high-risk OUD population. Imagine a program that runs continuously in the background and surfaces patient-specific OUD risk intelligence long before the first opioid is prescribed, filled, or picked up at the pharmacy. This same tool could also be leveraged after a patient has filled their prescription to continuously monitor trends and behaviors that may signify a need for intervention. Clinical care teams could visualize patients who may need attention via a dashboard that surfaces the patients most at risk of OUD to the top—allowing for a timely and targeted intervention and treatment strategy.

Turbo-charging existing patient surveillance tools with a patient-specific medication safety net allows clinical care teams to proactively monitor patients and address potential issues before they become problematic. Based on an individual patient’s history and risk, a solution might determine that a patient should be seen more frequently than the standard visit schedule to allow for closer monitoring and treatment plan management.

Making small adjustments like this across the entirety of the “unknown” OUD population chips away at the bottom two-thirds of the iceberg. Consider the impact on patients, providers, the healthcare ecosystem, and the community.

In the old days, prescribing was easy. I would write down the patient’s name and drug information...
Read More

Identifying Future Opioid Dependency Risk at the Point of Prescribing

Opioid abuse and misuse in the US has reached epidemic proportions, spurring a host of new...
Read More